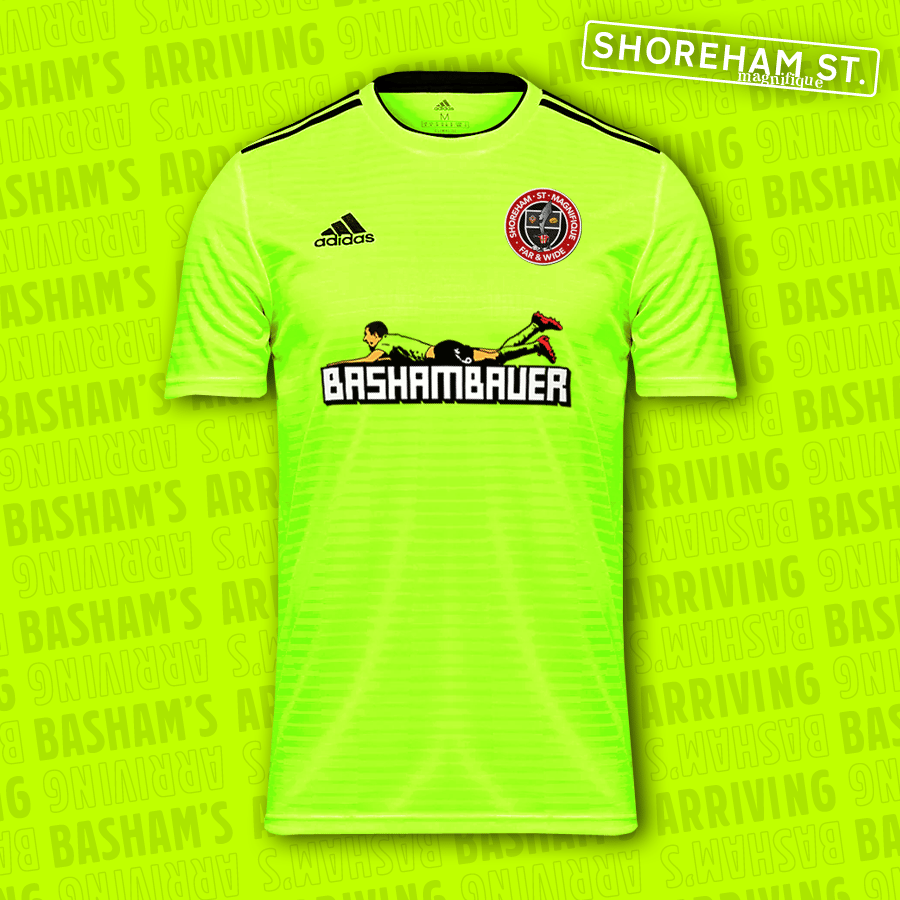 What the one thing there not enough of in this world? Chris Basham-related merchandise...

BASHAM'S ARRIVING...
Inspired by the standout moment from what will go down as one of the most memorable seasons in United's history.

After a woeful individual first half performance - including making a hash of a one-on-one on the stroke of half time - it came as no surprise that the gaffer later revealed he considered taking him off at the break.

Luckily for him - and us - he didn't and, after a dogged-display by both Bashambauer and his teammates, he struck a 71st minute winner in quite remarkable fashion - closer resembling a slide-tackle rather than a composed finish.

It was, of course, Bash's unorthodox approach - the one applied to almost all he attempts - which became the 'keepers undoing and, after the ball struck the back of the net, he sprinted towards the away end before performing a Klinsmann-esque slide. That was it - pandemonium. Basham had arrived. Promotion for United soon followed.

THE GARMENT
Official adidas™ garment. Climalite wicks sweat to keep you dry in every condition. This jersey is made with recycled polyester to save resources and decrease emissions.

LIMITED EDITION
This product - like all our stuff - is 100% exclusive to SHOREHAMST.com - meaning you won't find it elsewhere.

SHIPPING INFO
Estimated lead time on this product is 4-6 weeks and is subject to availability.

WASHING INSTRUCTIONS
• Machine wash at 30.
• DO NOT bleach, tumble dry or dry clean.