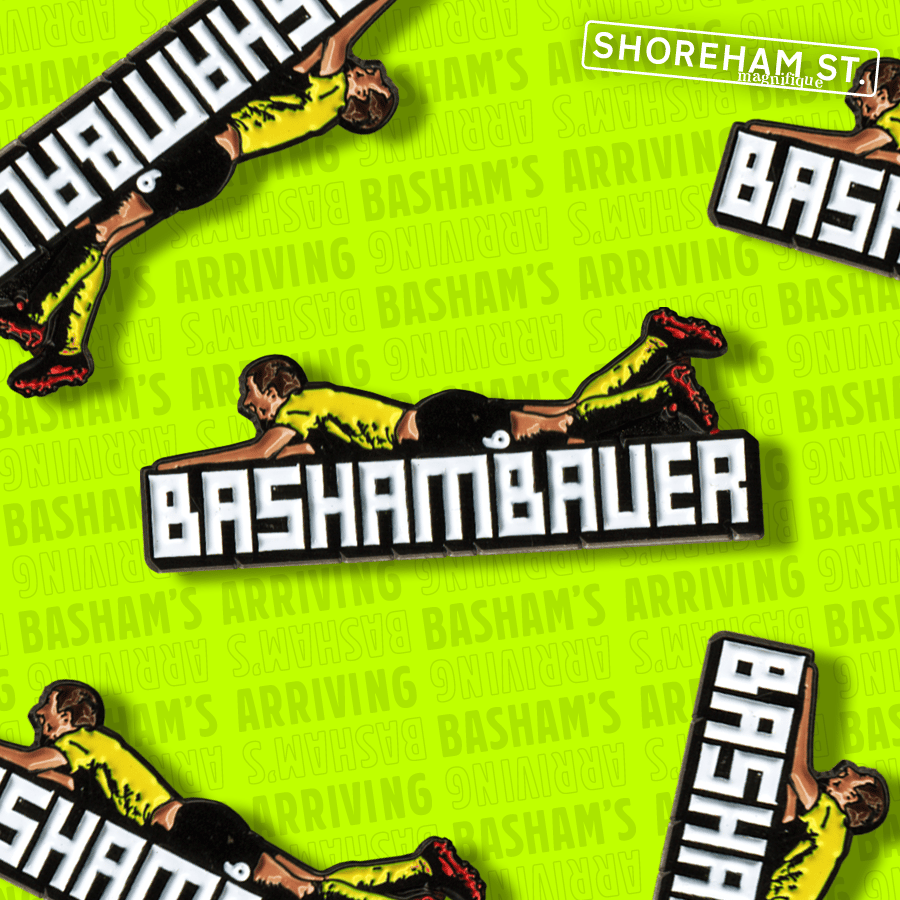 What the one thing there not enough of in this world? Chris Basham-related merchandise...

BASHAM'S ARRIVING...
Inspired by the standout moment from what will go down as one of the most memorable seasons in United's history.

After a woeful individual first half performance - including making a hash of a one-on-one on the stroke of half time - it came as no surprise that the gaffer later revealed he considered taking him off at the break.

Luckily for him - and us - he didn't and, after a dogged-display by both Bashambauer and his teammates, he struck a 71st minute winner in quite remarkable fashion - closer resembling a slide-tackle rather than a composed finish.

It was, of course, Bash's unorthodox approach - the one applied to almost all he attempts - which became the 'keepers undoing and, after the ball struck the back of the net, he sprinted towards the away end before performing a Klinsmann-esque slide. That was it - pandemonium. Basham had arrived. Promotion for United soon followed.

LIMITED EDITION
This product - like all our stuff - is 100% exclusive to SHOREHAMST.com - meaning you won't find it elsewhere.

SHIPPING INFO
This item is in stock and ready for dispatch. However, if you order this with another product that isn't held in stock (made-to-order) then ALL ITEMS a will be held and dispatched together. You should place separate orders should you require item sooner.